March 29, 2017 was the culmination of six month’s hard work by Andy Quandt to bring Free Bikes 4 Kidz to Madison, WI. We gave away 400 bikes and helmets, 70 Planet Bike locks, and thousands of smiles. Turning run down bikes into gold feels good. Nigel Hayes of the Wisconsin Badgers men’s basketball team was on hand to spread the love and help kids find the right bike.

Planet Bike’s involvement began in September 2016, at the Interbike trade show in Las Vegas, when I met Terry Essau the founder of Free Bikes 4 Kidz (FK4B). He described how FB4K gave away 6000 refurbished bikes in a single day! That is a serious quantity of bikes. How in the world do they do it? It’s a combination of space, time, and planning.

FB4K spends a year collecting and refurbishing discarded and used bikes with volunteer mechanics. FB4K works with community partners such as Boys & Girls Clubs, neighborhood centers, and schools to locate packs of kids that need free bikes. The partners gather key details on each kid such as size, age, and the style of bike they want. 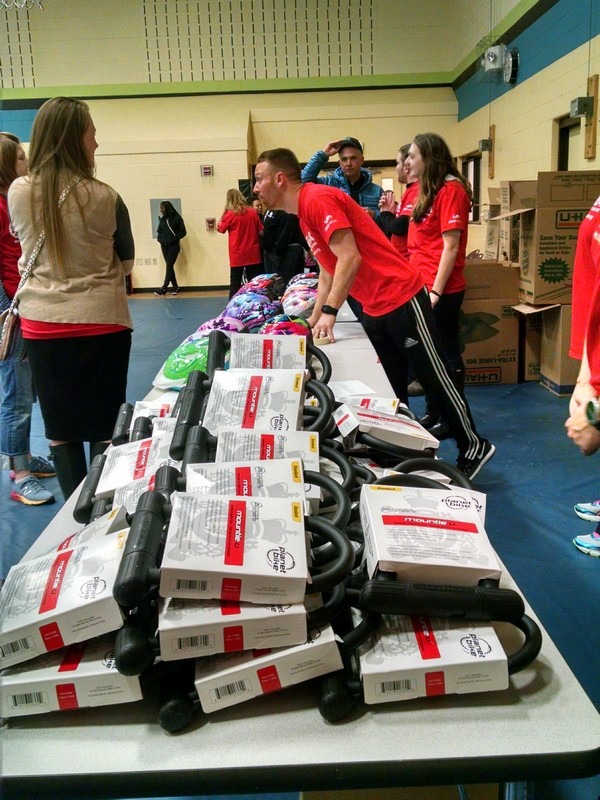 At the big give away, the bikes are sorted en masse by these key details, but this mass of bikes is hidden from the kids. Each child will be presented with a small number of bikes that fits their needs, allowing the child to make a choice quickly.

When the child checks in at the big give away, they are accompanied by a volunteer “personal shopper” through the whole process so they can move efficiently from task to task. First, they are fitted with a new bike helmet, then they are presented with a few bikes to choose from, then they go to a bike fitting station where a mechanic adjusts seats, handlebars and performs a last safety check, then out the door.

What impressed me was the thoughtful refinement of the process with each iteration. It was smart, effective, and simple! It’s a pleasure to see a well-oiled machine at work, efficiently making peoples’ lives better.

So, I was very excited to hear that Andy Quandt of Bike Mobile was bringing FB4K to Planet Bike’s hometown, Madison, WI. It’s rare that Planet Bike gets to be up close and personal with the many groups we support throughout the year. On March 29, 2017, FB4K Madison had its first giveaway. Planet Bike donated 70 heavy duty locks, 400 bikes were given away, and thousands of smiles were brought to life. 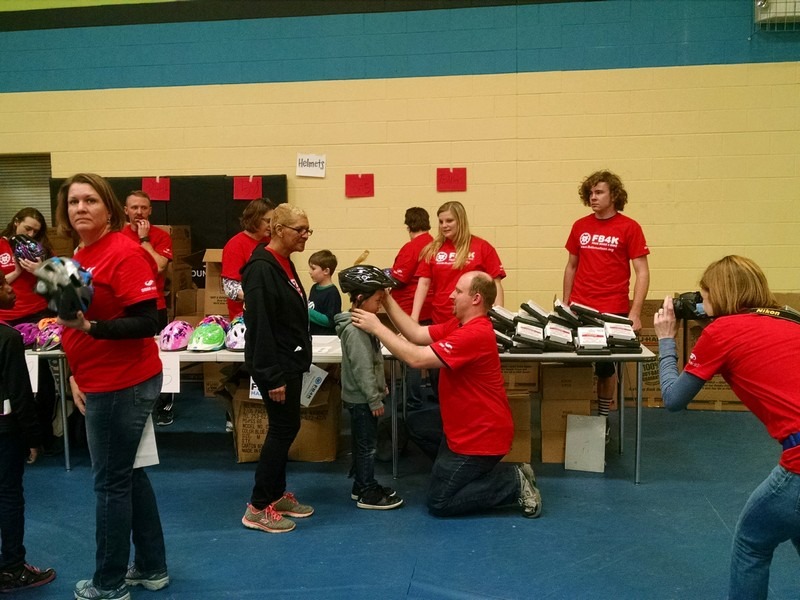