James, the young buck in the office, is a man of many talents. Having previously been employed as a bike messenger for 4 years, he’s good with directions and super fast to boot. James took to the streets of Milwaukee last weekend for the 9th edition of the Milwaukee Messenger Invitational. These are the same streets James spent countless hours delivering packages on while in college. The MMI is one of the largest messenger races in the midwest and always draws some stiff competition. James let his legs do the talking and took home his 3rd MMI title. When asked about his win James said “that’s it, I’m retiring. Although, next year is the decade edition, that might be a good one to do.” Photo courtesy of our friends at All City. 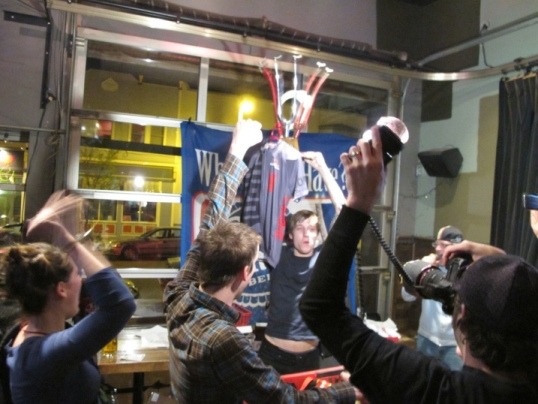