My riding habits have changed a lot in the past 18 months. My son was born in April of 2011 and due to the logistical issues that come along with an infant, my riding last summer was limited to an occasional weeknight or weekend ride. While I certainly missed riding regularly I was also pretty content with my new lifestyle and hanging out with my new little dude. I really wanted to bring him along on some path rides but we just weren’t comfortable getting him set up in his trailer when he was so young. I dabbled in some cross racing in the fall which was fun yet humbling but still my riding was anything but regular. I used to pride myself on commuting year round and riding 6000+ miles a year and while I wasn’t necessarily proud of driving to work every day it was a more practical arrangement for my family.

Fast forward to March and we were treated to 10 days of record breaking 80 degree weather here in Wisconsin. I set up our trailer on the back of my commuter bike and loaded up the little guy for a test ride on the commuter path a few blocks from our house. He seemed to enjoy it so much that I kept going and we ended up riding 10 miles through the Arboretum. A few days later I rode to work for the first time in well over a year and it felt glorious. Granted it was only a partial commute as I put the bike on the car and park 6 miles from work but given the distance from home/daycare/work this is a more realistic solution and I still get a nice ride in. And when the weather is nice I go home, put the trailer on my bike and ride the 4 miles to daycare to pick up my son.

My husband and I have raised the kid right as he loves the bike. He often squeals “Bah” with delight when he sees my bike on the car or that I’ve ridden to pick him up. I love looking back to see him contentedly checking out his surroundings and occasionally babbling to himself. We now go for rides nearly every day. We ride to Farmers Market, to the zoo, out to dinner with friends, to swim class, and we often go for longer rides on the weekend on some of Madison’s beautiful bike paths. We’re racked up over 300 miles already together this year and it’s been a blast. Biking is the best way to interact with your environment and sharing that experience with my son has been amazing. I am so looking forward to the bicycling adventures to come. Next up . . . run bikes! 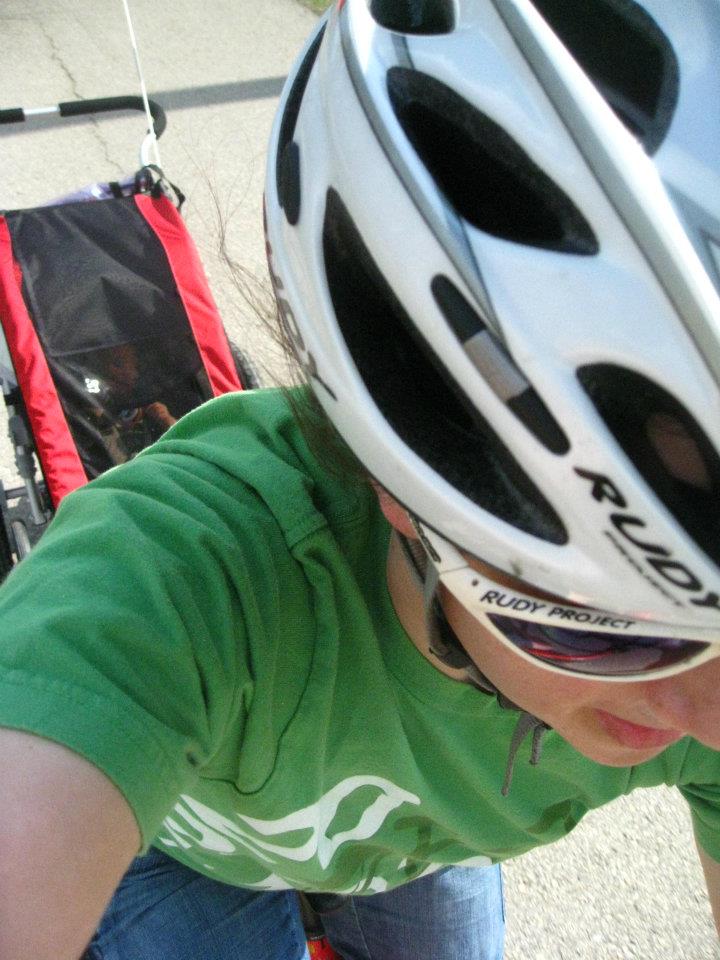