Getting to witness two of the most celebrated spring classic bike races was an ethereal experience. Sitting on the hillside of the cobbled Kwaremont at the Tour of Flanders in Belgium we soaked up the culture of the country and the sport. From small children to groups of teenagers to elderly couples; spectators of all sorts come out. Bike racing is the pinnacle of sport in Belgium and despite being Easter Sunday, thousands of fans chose to celebrate the holiday by lining streets and filling farm fields to watch lycra clad cyclists. Beer flowed freely while sausages and hamburgers were consumed and cigarette smoke hung in the air. High spirited troops of fans carried flags bearing the lion of Flanders and sang animated songs as they waited for the riders to come through. The cyclists sped past us and we cheered and tried to spot our favorites as their bikes bounced across the cobbles. After they made their third and final pass of the Kwaremont we broke through the barricades and walked on the course to a concession area with a huge television screen and watched Fabian cross the line victoriously while munching on frites. 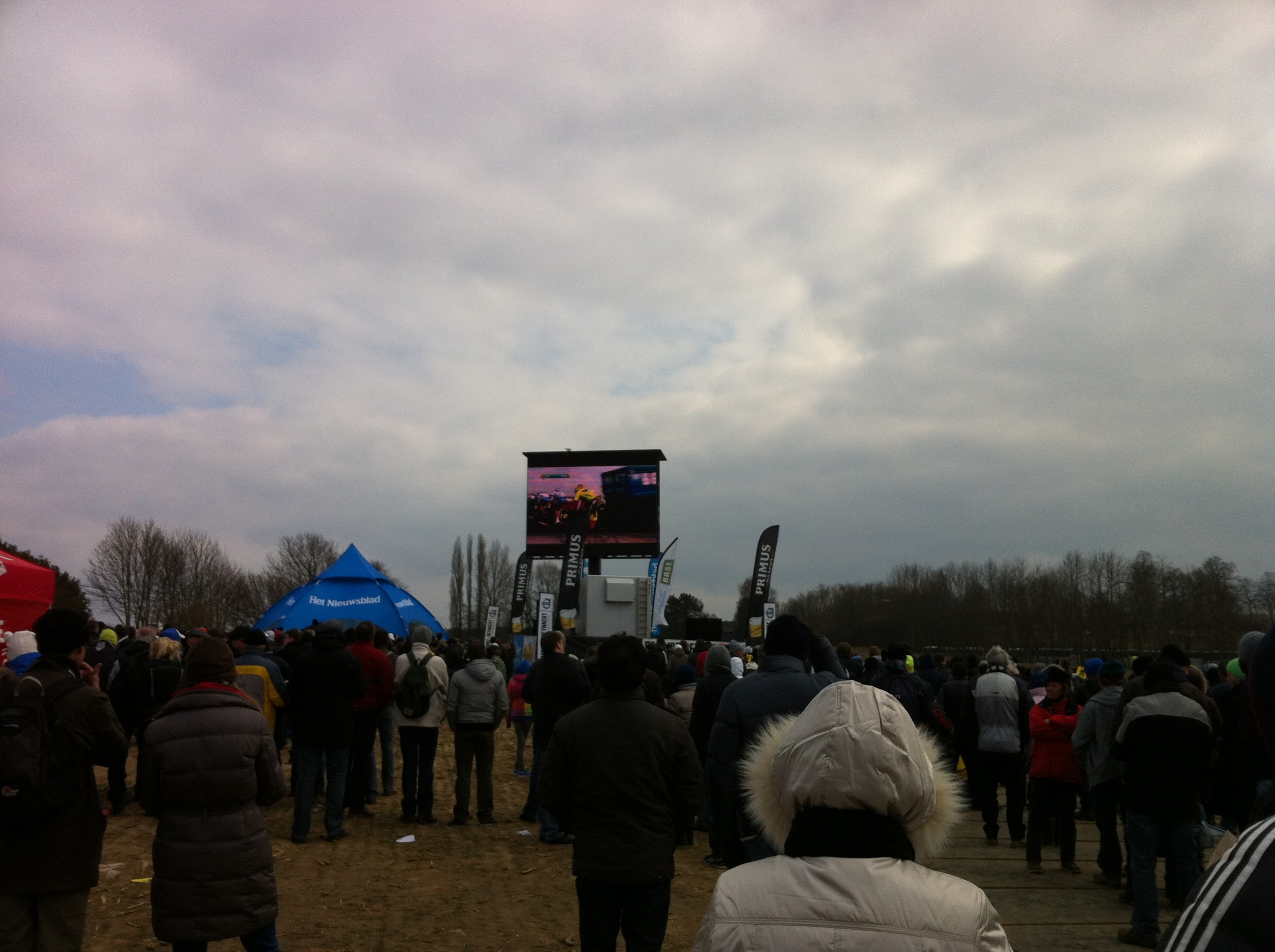 Three hours later we watched him walk off the bus with a beaming smile and graciously greet fans and support staff. He stood just feet from us and we congratulated him on a job well done. The energy and excitement in the air was tangible and we were humbled to bear witness to greatness. 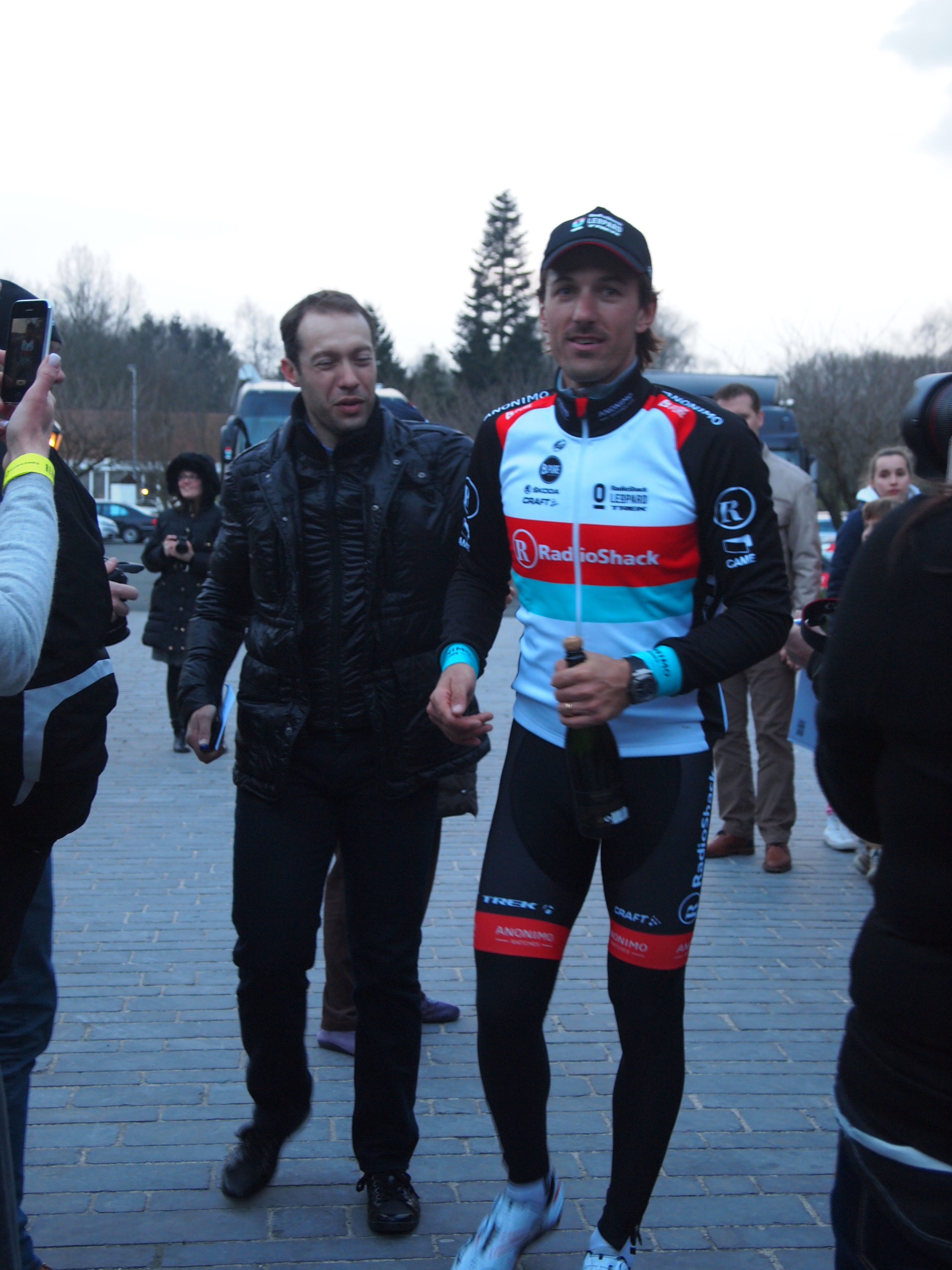 The following Sunday we began the day in Compienge, France to see the start of Paris-Roubaix. We mingled with riders and staff outside of the team buses and took in the ambiance of the event as the athletes signed in before the start of the race. Armed with maps and smart phones, we drove to a point in the Arenberg forest to catch a brief glimpse of the riders as they thundered past us over the massive, undulating cobblestones. 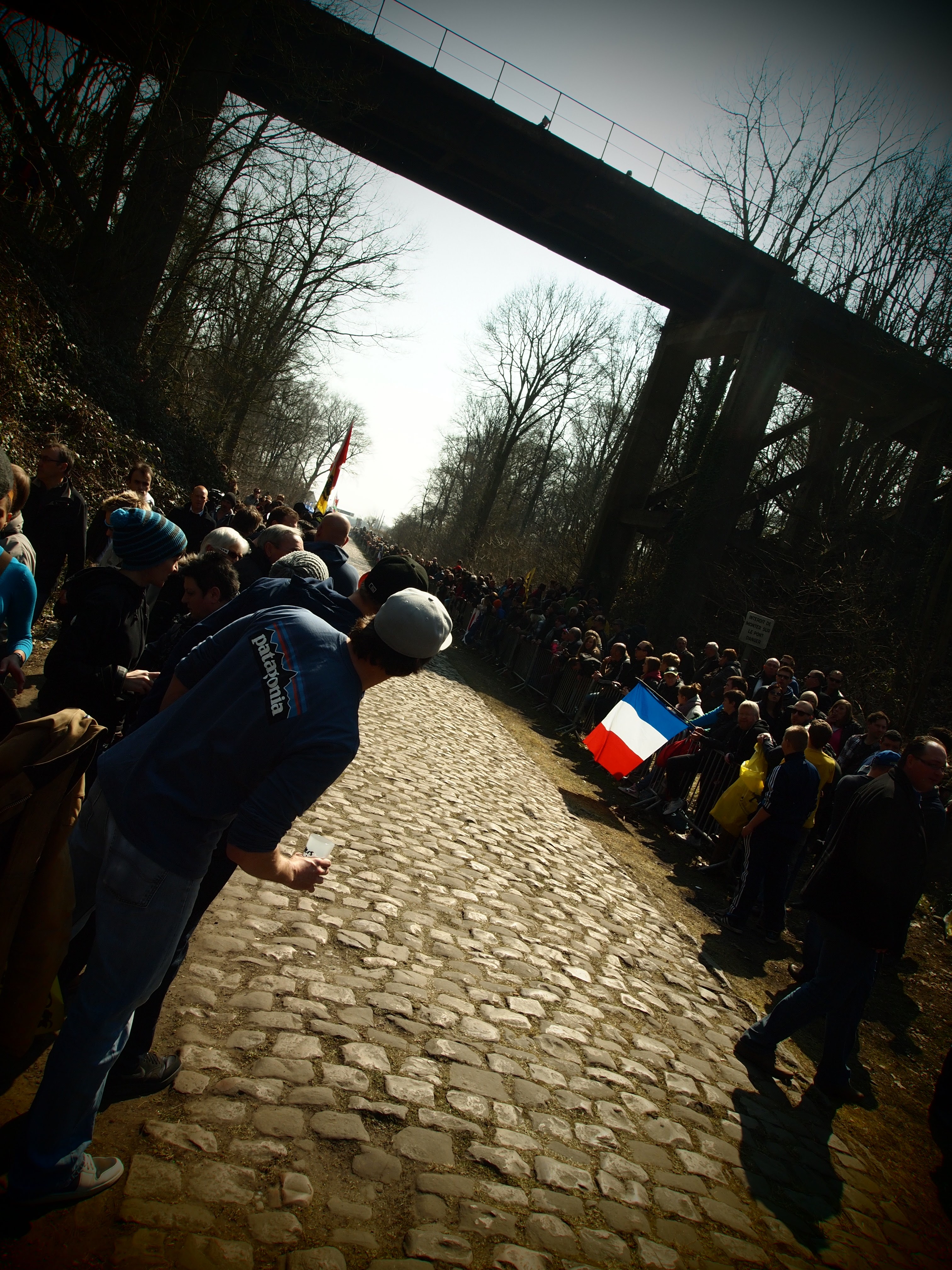 The speed at which they rode was unbelievable. We ran back to our car and drove into Roubaix and made our way up a steep hillside into a corner of the Velodrome. Watching the race unfold on the big screen we anxiously awaited the arrival of the two leaders. We cheered as they entered the track and watched with bated breath as the tactics began to unfold. We cringed as we saw Fabian forced to take a high line around the last corner and thought he would be second. Then we yelled and cheered as he sprinted to the line winning by inches. We were shaking with excitement as we saw him ride onto the grass in the middle of the track and collapse. And again three hours later we stood outside the team bus and saw him arrive from the melee and graciously greet and thank his supporters. We came to Europe to see bike racing in its birthplace and the mighty Spartacus gave us fine performances that we’ll remember the rest of our lives.