As we all know, Covid has been horrible! As we live through it, we’ve all been inspired by the stories of the countless frontline workers who have selflessly rolled up their sleeves and met the crisis head on. At Planet Bike, we are particularly moved by a medical professional who travels by bike. Elizabeth Climer is a Cardiac Device Specialist, lover of bikes and our summer 2021 Super Commuter.

Elizabeth began her bicycling journey in Salem, OR. Her husband was constantly off on biking adventures with his riding buddy, and she felt like she was missing out on all the fun. As a result, she purchased an inexpensive bike and began seeing where her pedal strokes would take her. Elizabeth reflects that, “within the first year, I fell in love and just wanted to spend as much time on my bike as I could.” Ten years later, she is still as passionate as ever about cycling. In her mind, “There is just something about being on my bike spinning my wheels that’s just priceless!”

Have you ever wondered how Super Commuters get their start? For Elizabeth, she woke up one morning and thought, “I love riding so I'm going to try and ride to work.” Her maiden voyage was a success, and she was hooked. Even the soggy rains of Salem can’t stop her. She’s often seen commuting in her neon yellow Showers Pass rain pants, bright blue raincoat and little rain booties as she follows a route down Salem’s bike-laned city streets and through Geer Park where bike-loving kids are playing in the local pump track. Nevertheless, she is quick to admit that her favorite days are when the thermometer reads 65°, the sun is kissing her cheeks and a gentle breeze is at her back. 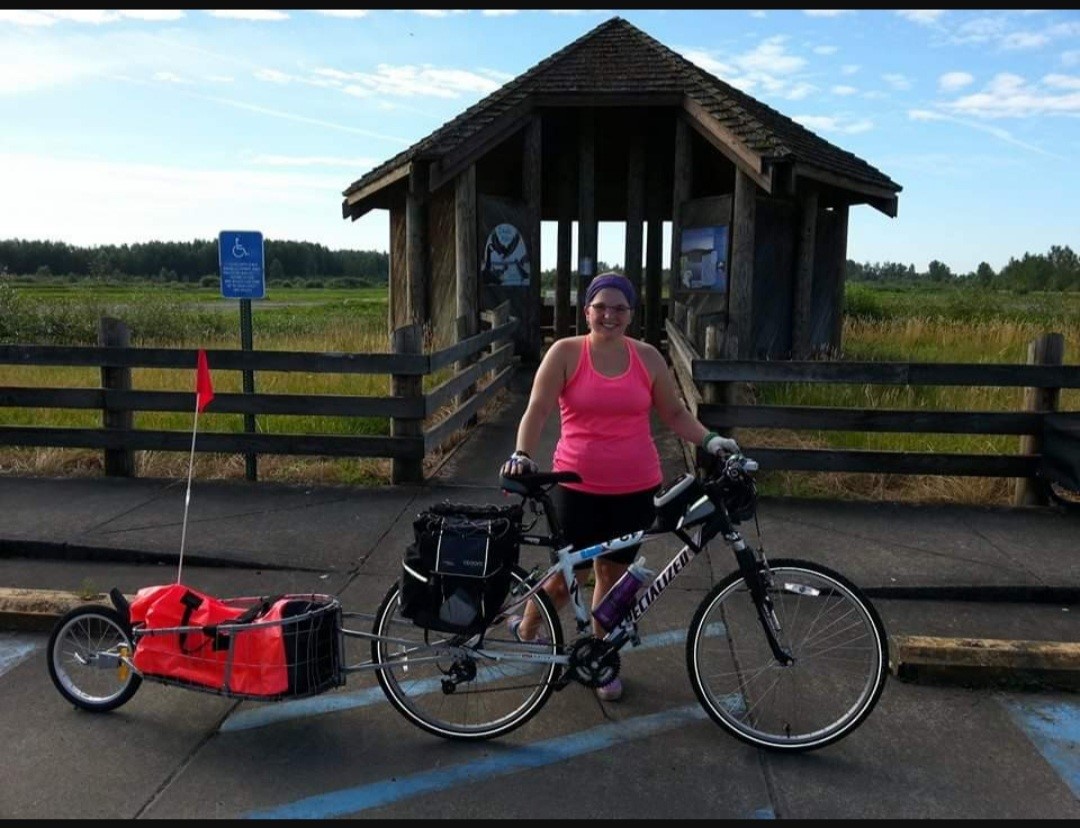 Climer's time on her bike has taken on increased significance during the Covid pandemic. As a front-line medical professional working with cardiac patients who require a lot of personalized care, the past year and a half have been intensely difficult, to say the least. Biking every day has been Elizabeth's mental health “savior.” Seeing the sun come up as she pedals to work has been an important way for her to be refreshed for the start of her work day. And after a long, taxing shift at the cardiac clinic, she changes out of her scrubs and straps on her helmet to begin her twenty minute “head clearing” ride home. As she puts it, “there is just something so freeing about being on my bike. I can’t explain it. You have to feel it for yourself.”

Over the past decade, Elizabeth has been through a few different bikes over her countless miles. She started with a simple bike from Walmart and later upgraded to a used bike she fondly called “Garbage.” She recently purchased what she considers her “dream bike.” It’s a Surly Karate Monkey that is built to be a utilitarian machine that’s comfortable on the commute and tough enough for her bike touring weekend adventures. It’s even equipped with Planet Bike Cascadia fenders! 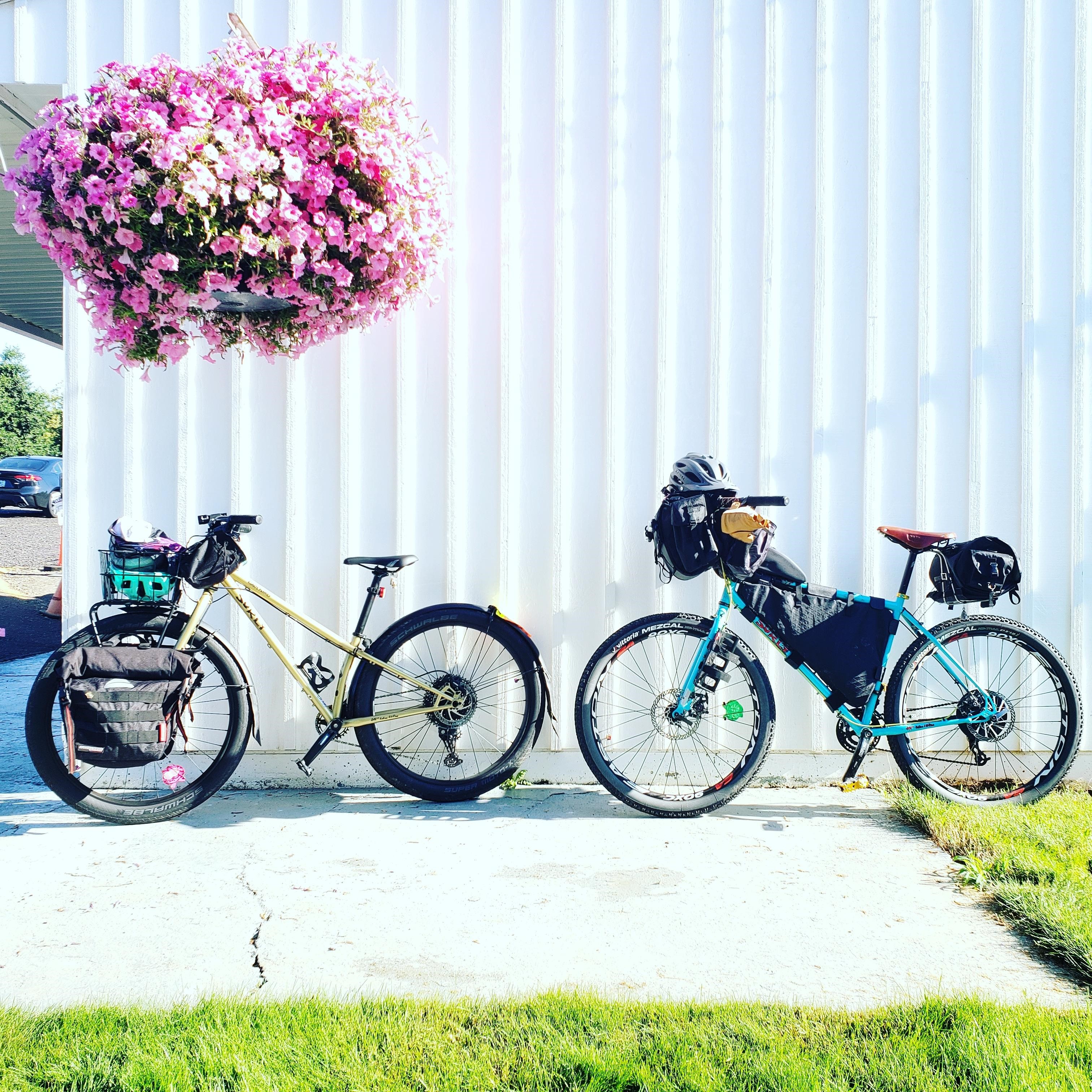 In addition to her daily bike commutes, Elizabeth and her husband (and her Karate Monkey) have fallen in love with weekend bike touring around the greater Salem region. Some of their favorite tours include roaming along the Oregon coast near Depoe Bay and tripping through Silver Creek Falls State Park. The coastline provides breathtaking vistas and the giant climbs offer rewarding challenge especially when loaded down with touring gear. Less adventurous trips (albeit more delicious) are their occasional 18-mile rides to pick blueberries.

Elizabeth’s bicycle journey started because she wanted to spend more time with her husband and has blossomed into her becoming a dedicated year-round bicycle commuter and explorer in one of the wettest climates in the country. We are particularly inspired by her stories of how biking has helped keep her strong, healthy and happy during a very challenging global pandemic. Congratulations, Elizabeth. You are now an official Planet Bike Super Commuter! 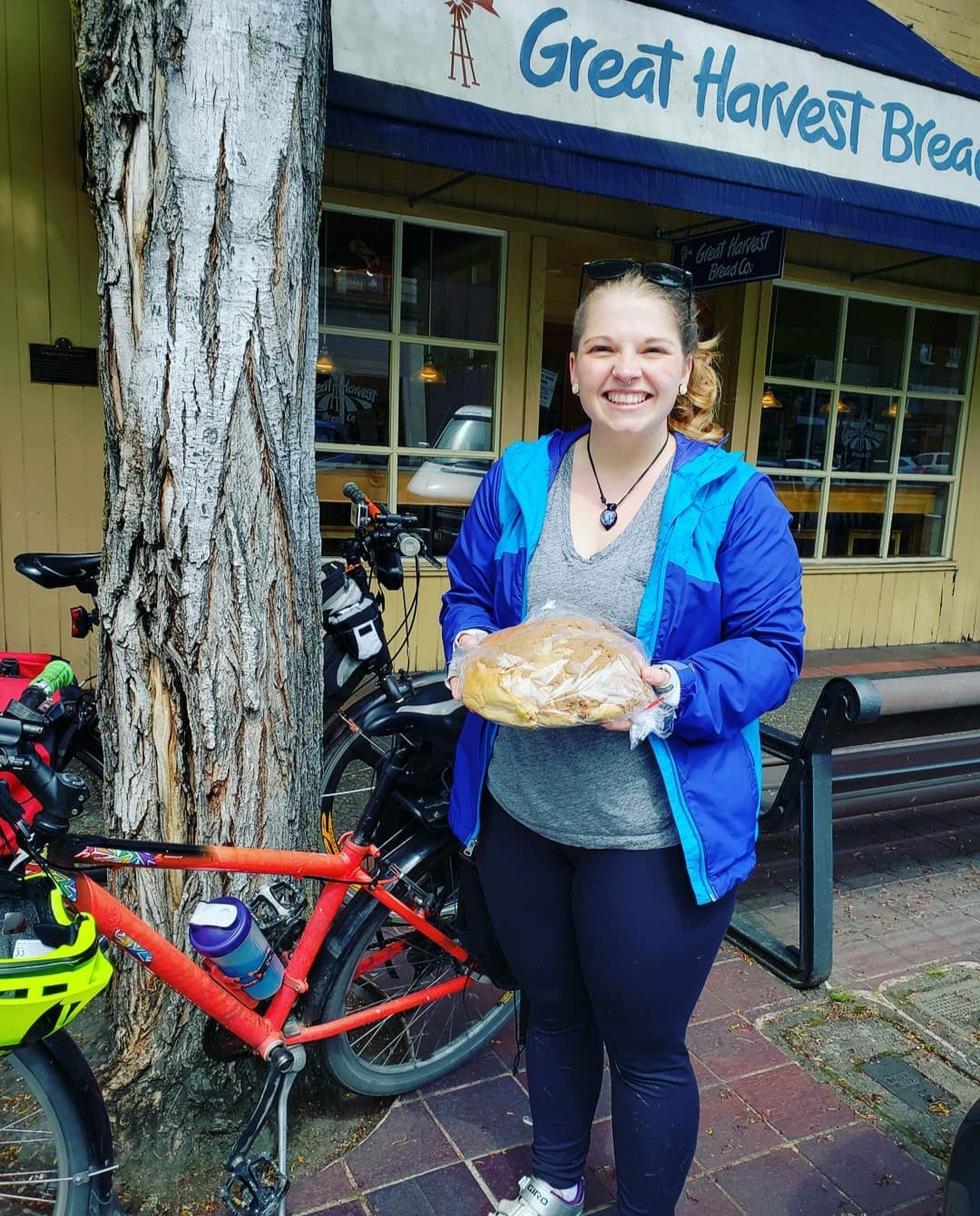